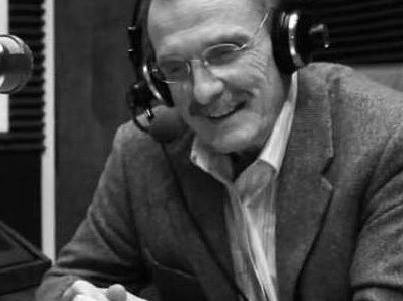 A Note From Producer Ike

This week, Dawson is taking a break from writing a new blog as he prepares for his next topic, so I’ve been asked to write a guest blog this week. This is Ike, Dawson‘s producer, and I’m going to give you a sneak peak into what goes on behind the scenes in a recording session with Dawson.

Each week, usually on Wednesday and Thursday mornings, Dawson records different audio pieces: greetings for TheHopeLine® volunteers, commercials, liners (Dawson voicing the radio station name), produced features (like 180 features), and some pre-recorded portions of the show. I don’t want to give away too much here,
but there are certain portions of the show that are pre-recorded to allow Dawson to have a short break. These portions are few and far between, but nonetheless require Dawson to record them ahead of time. About 95% of the show is live with a 10-second delay in case of
profanity, etc.

Some of the most enjoyable (and painful) parts of my job are the recording sessions and the bloopers. There is a different side to Dawson that comes out during recording sessions. While Dawson is very serious and dedicated to helping teens and young adults on the air, he is a very funny person off the air. He has a joke or whacky analogy for nearly everything. He actually wanted to be a comedian when he was younger. Sometimes the subject matter of the show can be pretty heavy, so off the air Dawson tries to be light to balance the emotional weight. There are certain calls that hit Dawson harder than others, but due to Dawson‘s many years of doing this, he has found a way not to let the issues cripple him emotionally.

Another thing Dawson likes to do is break out into song during recording sessions. Many times he’ll remember a song lyric from a million years ago (which he calls a Retro attack) and then ask if sound Guy Jeremy can find the actual song. This usually derails the session for about 20 minutes since Dawson can’t continue until he hears the song.

So that is a peek into what goes on in the studio with Dawson and Producer Ike.