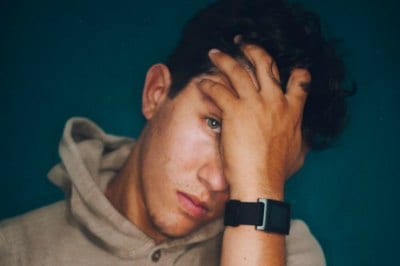 I Only Ever Loved One Woman

The heartbreak broke me completely and so badly that I went and did drugs, something I was against completely. Before she left me and after she left me, I died inside and I tried to take my life a few times after we broke up. Yes I know, you don’t want to hear this sob story but at the end you will receive a message out of all this.

December 1st last year, I worked at a bar as a barman to calm me down and get me off drugs. It worked wonders because I started to think less of the things that brought my life into a downward spiral. On the 15th of that month, I was arrested for drinking and driving. I never spent any time in jail that night because I did cocaine to numb the pain inside of me just before I got pulled over.

A Buildup of Emotional Strain that I’d Been Fighting

After that, on the 25th of  December on Christmas, I was sitting home alone finishing bottle after bottle of whiskey and bags of cocaine. I started thinking about everything that had led up to this moment. I was thinking about all the pain, all the memories that contributed to why I was there in

that moment. In a rage of depression, grief, and a buildup of emotional strain that I’d been fighting and hiding away, along with my feelings of being a failure and of not being able to be the person people always thought of me.

My Moment at a World’s View

Indecisively, I took a bottle of whiskey and my gun. I got in my car and went up to world’s view, a place where I normally go to clear my mind that over looks the city. The reason I went up there was to finally do it and end my pain, end my suffering and release myself from the darkness. I wanted to stop the constant memories that were eating away at myself. I sat there until 2am, when I finally built up enough courage and drank enough whiskey to do it. I took the gun, cocked it and with the barrel in my mouth I had a moment of release, knowing that soon, all the pain would be gone and I pulled the trigger.

I pulled the trigger 3 times after that, then pointed the gun away from me and pulled the trigger again. A shot went off and then, the gun went in my mouth again and nothing happened again when I pulled the trigger. I cried profusely for hours, asking, why am I such a failure? Why must I go and carry on when there is nothing for me? I cried and cried that I couldn’t even think of anything. I walked from where I was sitting towards the end of the wall. I tried one last time, but this time I made sure that the bullet was a live round as I pulled the trigger. I hoped this was going to be my release from this hell I was going through, as I heard the click of the gun, something came over me…a sense, a feeling that I can never explain to this day. I was in a paralysis state standing there.

The Most Beautiful Sunrise I’d Ever Seen

I only wanted to receive the gift we all take for granted, the smallest yet most powerful gift anyone can ever give, a glimmer of hope, a smile.  The smiles of those people you passed in the mall or anywhere, that single smile of hope they gave when they look at you. It doesn’t matter what the reasons are behind the smile, someone took time to look at you and acknowledge your existence. It’s that single smile that plays a big role on your own happiness.

The smallest yet most powerful gift anyone can give is a glimmer of hope...a smile. Click To Tweet

Hence why now, a year later to be exact, l have been happy when I was meant to be sad. I knew my sadness would not help anyone, not even me cope with life but my constant happiness and joy in finding the smallest things in life does help people. It doesn’t matter if it’s a good or bad thing in my life, I still stay positive. I want to give people hope to carry on, no matter what they are going through. I have not been left alone by certain aspects of my depression and I have not found clearance in my life but I have found a way to use my depression to help others. It doesn’t matter what they are going through, I am always there to reassure them that there is something great in everything. I tell them the truth. I’m honest with them even though sometimes I can’t even tell myself the truth or help myself with my own depression. I just think about the people I am helping and that with every person I help, I saved them from going through the same pain I went through.

I Listen and Believe in Them Without Judging

They don’t ask for help but I can see when someone is feeling down and out and like there is no way out because I myself suffer from the same condition. I know for a fact that after tonight, you won’t wake up thinking the same negative things. Yes, they will still roam around in your mind but then when they do, just remember the small things in life, they are the biggest blessing you will receive. For me, it is seeing those lost and broken souls that are now healed by a simple act of caring and kindness and encouraging words. When someone needs someone to believe in them and listen to them with out judging and I do that and they smile.

I live a life with depression, but I am not afraid of it anymore, I embrace it to help others. Click To Tweet

Even though, I can’t do it for myself, doesn’t mean I must not try and do it for other’s. My motto in life now is something I tell everyone: I don’t judge a person I observe them. And by observation, I can help where I can and bring smiles back into a person’s life. And that is the biggest gift I have received…being able to do things for people. That’s my story of how my near suicide attempt brought me to accept my past and help other’s who are suffering with depression. I hope some where out in this world my story will give hope to someone and save them.