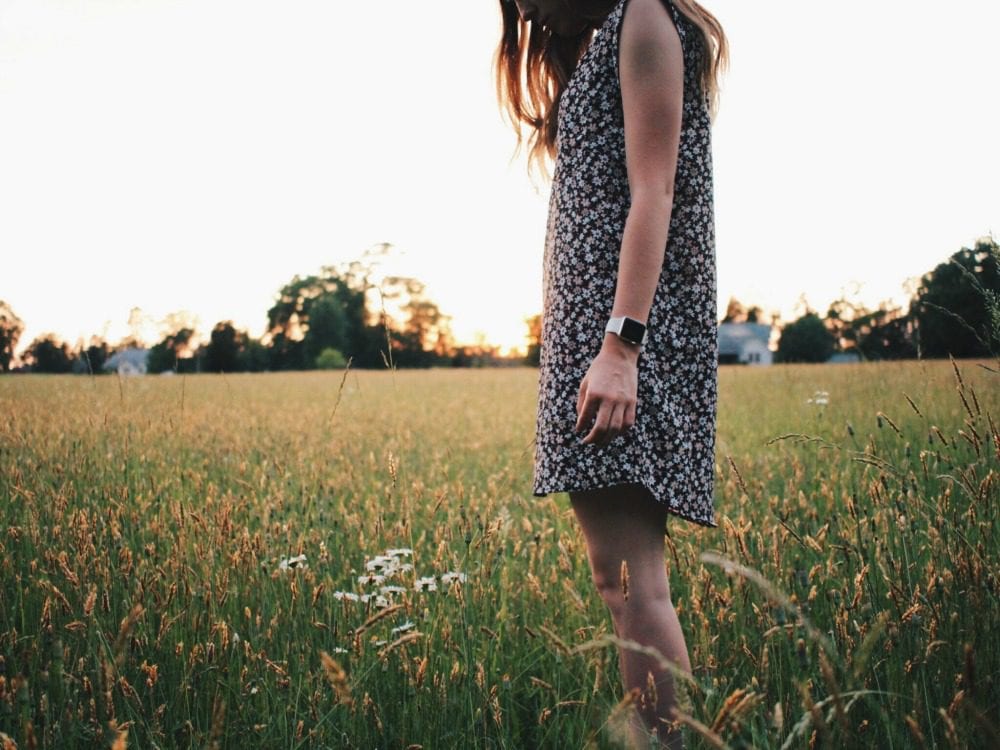 If you have been adopted and have experienced feelings of abandonment, your biological mom (and/or biological dad) might have been trying to give you the best life possible by allowing another family to adopt you.  Consider the possibility that they may have chosen adoption out of extreme love; as well as a desire for you to have a better life and in no way wanting you to feel abandoned.

Here is one mom’s story of making an adoption plan for her daughter and then reconnecting with her daughter years later:

My name is Andrea Benson Loose, and when I was 17 years old, I actually prayed that I would get pregnant. My story is different than most when it comes to being young, unmarried and pregnant, but I hope and pray that you would be touched in your heart by how God moved in my life.  I did become pregnant, and having a somewhat turbulent life filled with car accidents and substance abuse, I quit school thinking I would work full-time so that I could support this baby that I was carrying. People who love me tried to tell me that I should consider other options, and when they did, I would firmly tell them that I was going to make things work out “if it killed me.”

At five months pregnant, I will never forget, the word adoption slipped into my mind and I knew that it was not me that put that word into my mind, and so at this point I felt divinely inspired to relinquish.

In a way that people describe their life flashing before their eyes, I felt the Lord speaking to me saying, “You are saying you will make this work even if it kills you, but what if it doesn’t kill you, but kills the child within you?” At that moment I thought about blaming this child for ruining my life, my not growing up, doing whatever I thought I wanted to do with my life.

At this point in this experience, I said to the Lord that I would go the adoption route, but that I wanted the parents to not be able to conceive themselves, I wanted to meet them, and I wanted them with me when the child was born. I had no idea how to go about finding a family for this child, but at that point I personally conceded to the idea that God was choosing another mother and father for this baby, and I wasn’t it.

At 7 months, I found, through a friend, an agency that caters to the biological mother. If you want an open adoption, or closed, everything is geared to make things so you can sleep at night. I called them and they sent me an album that contained information explaining why this couple could not conceive, and I knew this was the couple to be the parents to the child I was carrying. I called the agency to let them know, and they in turn let the couple know. In a few days I received a call from the adopted mom and I let her know I had her baby.

At 8 months, I flew out to deliver, and although I did not stay with the couple, they took me out every weekend, and they were in fact with me when I delivered. We talked about everything, how the child would be raised, disciplined, everything I could think of I discussed with them. On May 12, 1984 I delivered a baby girl, and they named her Jennifer Suzanne. I did not hold Jenny, but was asked if I wanted to. Somehow in my mind I thought this might be a game changer for me if I had her in my arms. I know this is different for everyone, and all girls need to know what is right for them.

In 2003, not long before Jenny turned 19, my husband, unbeknownst to me, called the adopted father seeking to get a photograph of Jenny. I had long resolved with myself the idea that I would not see Jenny until heaven. Going to bed one night, Dave, my husband, said to me, “What would you do if I told you I called the Stokers?” I freaked out. I chewed my husband out exclaiming how he betrayed these people’s trust in me and that I had told them they would never hear from me.

The morning after, my husband informed me of his calling the Stokers, they called our home. Dave said to me, “Suzi (the adopted mom) wants to talk to you!” At this point I was crying profusely, as I felt so horrible about the fact my husband had called them without my knowledge, so when I got on the phone I started apologizing immediately. Suzi informed me that she had given Jenny the letter I wrote to her when Jenny was 13, and that she didn’t talk about it. All of her days she never asked about me, but the day prior she came home from college and asked, “Do you ever hear from my biological mother?” This was the day my husband called. When I heard that, I knew that it was an act of God that we get reconnected.  We are very close now to this day.

I understand this is a unique situation, and not every adoption case turns out this way, however I am of the firm belief that if you open your heart to listen to the Lord, and do what He tells you to do, no matter what, He will bless you beyond your comprehension, and that includes relinquishing your child when He tells you to.

If you have been adopted and are struggling with feelings of abandonment or don’t understand why things are the way they are, then consider Andrea’s story.  There is a story behind why you are adopted.  It might be a beautiful story, it might be a messy story, but here you are.  God has a plan for your life.  He wants you to succeed.  He wants for you to find your purpose and have peace and joy and hope. If you need to talk things out and want help to sort out your feelings then chat with TheHopeLine! Sometimes it helps to sort things out with someone who is not emotionally involved in the situation.  Also, download our eBook for more information on abandonment and how to cope with it! 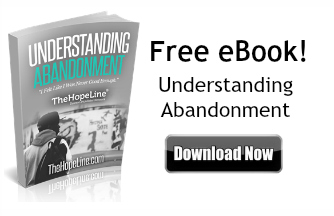